The Senate is one of the three collegial governing bodies of the Medical University of Vienna (MedUni Vienna).

Furthermore, a co-opted representative of the Working Group for Equal Opportunities has the right to participate in the meetings of the Senate in an advisory capacity.

Duties of the Senate

In short, the tasks of the Senate include:

Members of the Senate

Representatives of the University's professors

including the heads of organisational units with research and teaching duties 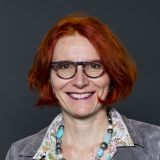 Division of Neurophysiology and Neuropharmacology

Representatives of university teaching and research and staff

including doctors in specialist training 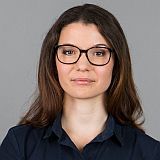 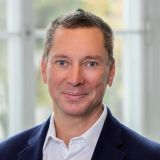 Department of Obstetrics and Gynecology

Representative of the non-academic staff 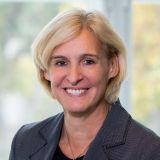 Department of Social and Preventive Medicine

Representative of the Working Group for Equal Opportunities

All members of the Senate perform this task on an honorary basis and receive no remuneration for this.

Commissions of the Senate

The Senate shall appoint collegial bodies (commissions) with decision-making powers for appointment and habilitation procedures as well as for the enactment and amendment of curricula.

The following commissions are currently established at the MedUni Vienna:

In addition, the Senate may establish other collegial bodies to advise or decide on individual tasks, such as the "Senate Commission for Complaints in Student Affairs".

The commissions fulfil important design and supervisory functions at the MedUni Vienna.

The Senate has the possibility to set up independent working groups in addition to the mandatory commissions.

The continuation for the following already existing working groups was decided at the constituent meeting of the Senate in 2019:

The following working groups were newly established by the new appointment of the Senate in 2019:

Election to the Senate

The term of office of the Senate is three years and starts on October 1st of the referred year. The last election which led to the current composition of the Senate was held on September 10th and 11th, 2019.

Elections to the Senate have to be announced by the Rector in the Notification of the MedUni Vienna no later than five weeks before the election day (day of announcement of the election, "effective date").

All persons who are in active employment or service at the MedUni Vienna on the day of announcement of the elections ("effective date") are eligible to vote and to stand for election.

Proposals for election may be submitted in writing to the election commission no later than two weeks before the election day.

The conduct of the election to the Senate is regulated in detail in Section I of the Statutes of MedUni Vienna (content is only available in German).

If you are interested in the work of the Senate, please contact its representatives in the Senate.

(Vienna, 2021-02-02) Starting this year, the Senate of the MedUni Vienna would like to provide regular information on important decisions and activities. With regard to the amendment to the UG planned by the government, the Senate, together with the Rectorate and the University Council, drafted its own statement and also supported the statement of the Senate Chairperson's Conference.

The following resolutions were passed at the meeting on January 22nd, 2021:

(Vienna, 2020-06-17) The Senate of the MedUni Vienna is firmly committed to transparency, honesty and openness in actions and communication within and outside our university. The reputation of our university is a high moral value for us, and defending it is a common goal. There are working groups in the Senate which have the goal of continuously improving the reputation as well as internal communication.

Defamation and damage to reputation with lasting negative consequences for our entire university and the professional groups represented at it have no place with us! Rather, our moral values and social responsibilities should meet the highest standards and promote freedom of opinion and open academic discourse.

Office of the University Management