Demographic data of kidney donors and recipients. Data are given as median and interquartile range. 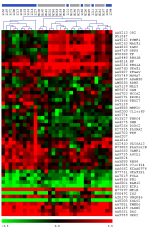 Representation of the differentially expressed genes between groups l_GFR (low GFR) and h_GFR (high GFR). Genes are categorized based on GO terms and PANTHER classifications and are ranked by difference of mean expression between the two groups under study. Values represent ratios of sample to standard reference expression on a log2 scale. 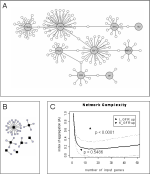 Original data according to MiAME Guidelines