Skip to main content Deutsch
All News
– University, People of the MedUni Vienna

(Vienna, 08 November 2019) Yesterday, to mark his 90th birthday, the University of Vienna and MedUni Vienna held a joint celebration in the Great Hall of the University of Vienna in honour of Nobel Prize-winner Eric Kandel, whose ground-breaking studies revolutionised our understanding of the formation of short-term and long-term memory. The Austrian President, Alexander Van der Bellen, presented Kandel with the Grand Decoration of Honour in Gold with Star.

According to Van der Bellen, Kandel's reaction to this "great, rare and well-deserved honour" was "Oh my God". "You couldn't wish for a better birthday than the one I am having this year," said the birthday boy, who had come to Vienna with numerous members of his family. Contemporary historian Oliver Rathkolb, who was the guide for the evening, proposed a visit to the Opera Ball, "to carry out the orders".The University of Vienna and the Medical University of Vienna had organised the party in the ballroom of Vienna University under the banner "Happy Birthday, Eric". The two rectors, Heinz Engl and Markus Müller pointed out that, in view of his life experiences, it was not a given that Kandel would want to celebrate his birthday in Vienna.In her personal address to the birthday boy, Kandel's wife Denise expressed her concern that the nationalistic, antisemitic and racist tendencies that drove Kandel out of the city of his birth in 1939, are once again gaining strength in Austria and the EU.Former Austrian President Heinz Fischer, who is a personal friend of Kandel, described him as a "wide-awake, incorruptible witness of the times". Like many of the other speakers, he also recollected that it was thanks to Kandel's "enormous persistence" that the part of the ring road where the main building of Vienna University is situated, and which was named after the antisemitic Mayor of Vienna, Karl Lueger, was renamed and is now known as "Universitätsring".In his laudatory speech, the President of the Austrian Academy of Sciences (ÖAW), Anton Zeilinger, recalled how revolutionary Kandel's idea of researching the human mind in terms of biology was at the time. During the course of his research work, Kandel discovered important mechanisms of memory formation and was awarded the Nobel Prize for Medicine in 2000 "for his discoveries about signal transmission in the nervous system". Science Minister Iris Rauskala said that it was an "outstanding achievement" that he made his knowledge available to the world in his exceptional books.Kandel had already been honoured on Wednesday by the City of Vienna, which presented him with the Goldene Rathausmann, and by Vienna Medical Association, which presented him with its highest honour, the "Grand Decoration of Honour with Sash". On Thursday, he and his family attended a reception given by Austrian Chancellor Brigitte Bierlein.

Still involved in research today
Eric Kandel gave us fundamental insights into the workings of the human brain. The breadth of knowledge that has been produced from Eric Kandel's work ranges from the insight that the way a sea snail learns and forgets can teach us something about human memory through to a molecular understanding of mental processes and psychiatric disorders. In 2000, he won the Nobel Prize for Medicine for his discovery that changes in the strength of neuronal connections form the basis for learning processes in the brain. In 1939, while still a child, Kandel was forced to emigrate to the USA with his family, following the annexation of Austria by Nazi Germany. He became an American citizen in 1945.

His interest in researching physiological processes in the brain initially grew out of his interest in psychology and the theories of Sigmund Freud. In 1952, Kandel started to study medicine at New York University with the original intention of becoming a psychiatrist or psychoanalyst but then decided to go into basic research and to dedicate himself to the experimental study of biological and molecular processes in the brain. Kandel is still actively involved in research and is one of the Directors of the Zuckerman Institute of Columbia University.

A new home in the USA
Eric Kandel was born in Vienna on 7 November 1929. Because of his Jewish descent, Kandel was forced to flee from the Nazi reign of terror in 1939 and found a new home in the USA. He first studied humanities at Harvard University and, later on, medicine at New York University. His research work in the field of medicine and neurosciences took him to renowned institutes in the USA and Europe. In 1974, he became a Professor at Columbia University. Eric Kandel has received countless prizes and honours: in 2000, he was awarded the Nobel Prize for Physiology or Medicine. In 2012, he was awarded the Grand Decoration of Honour in Silver with Star for services to the Austrian Republic, in 1994, an honorary doctorate from the University of Vienna and, in 2018, an honorary doctorate from the Medical University of Vienna. Kandel has been married to social medicine expert and epidemiologist Denise Kandel since 1956. The couple live in New York. 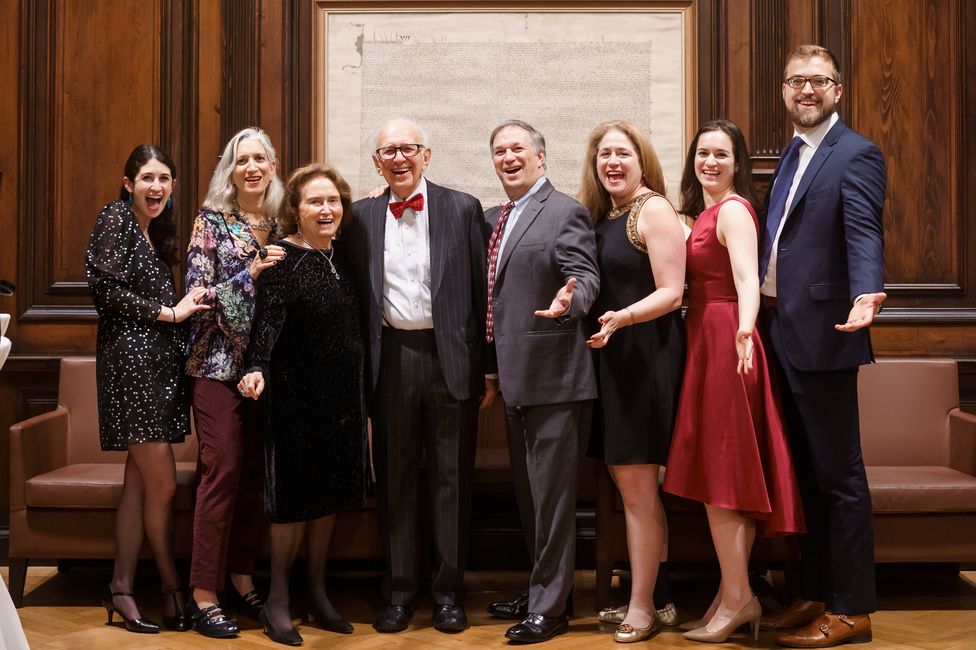 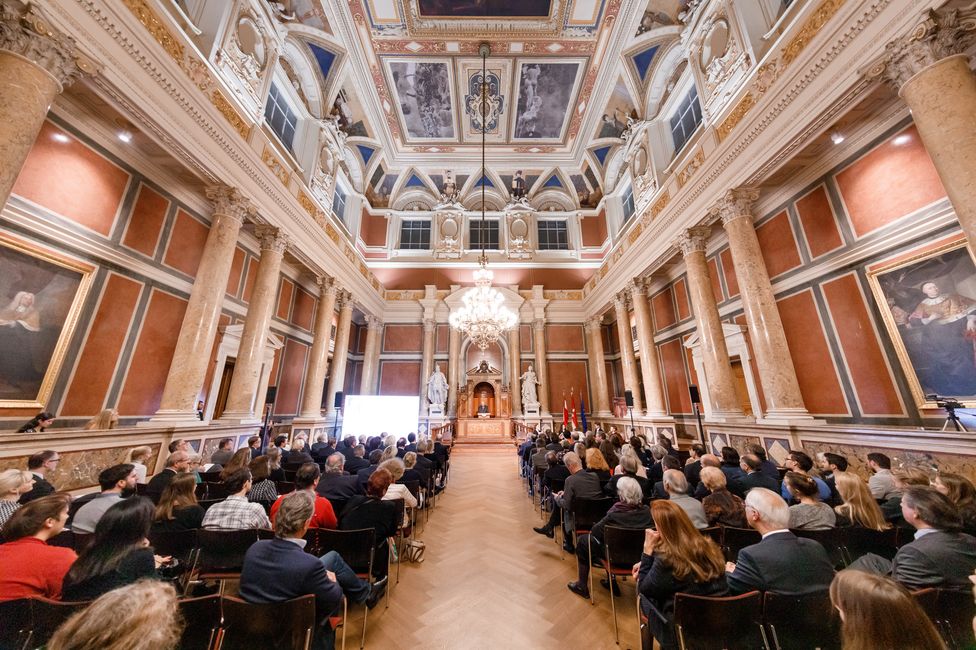 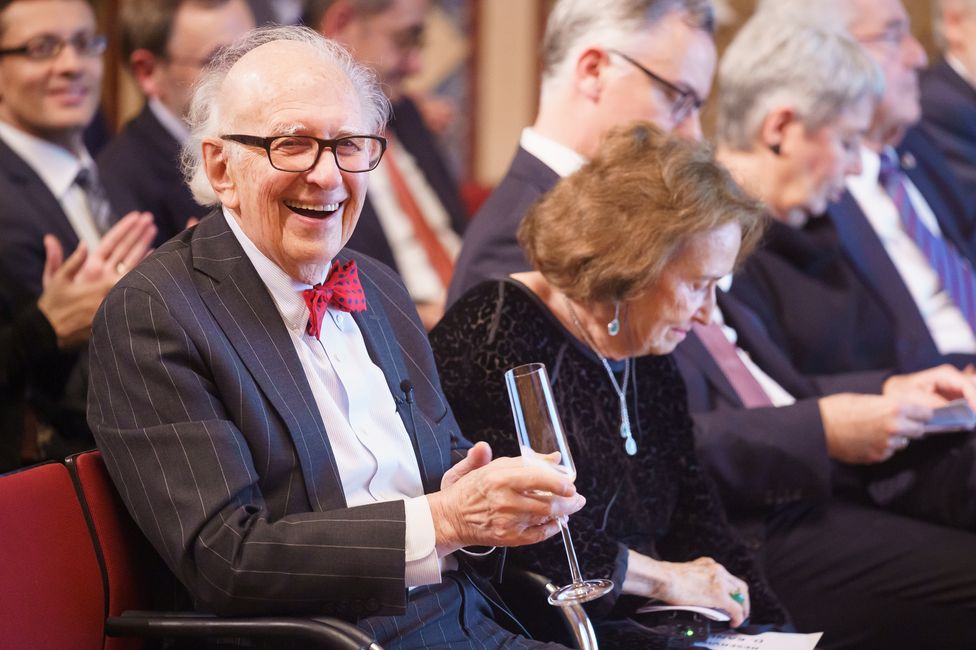 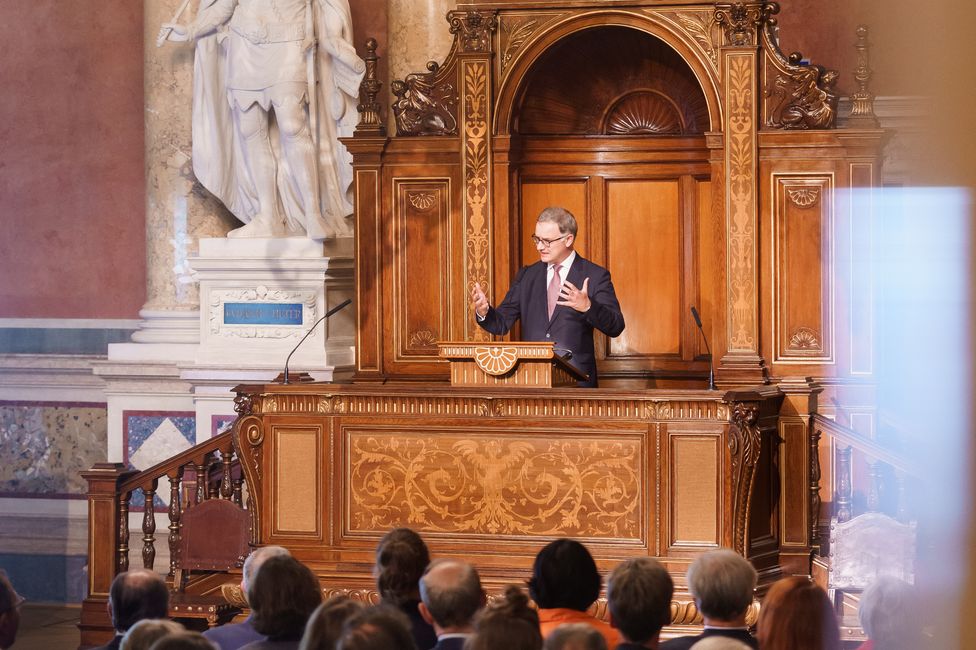 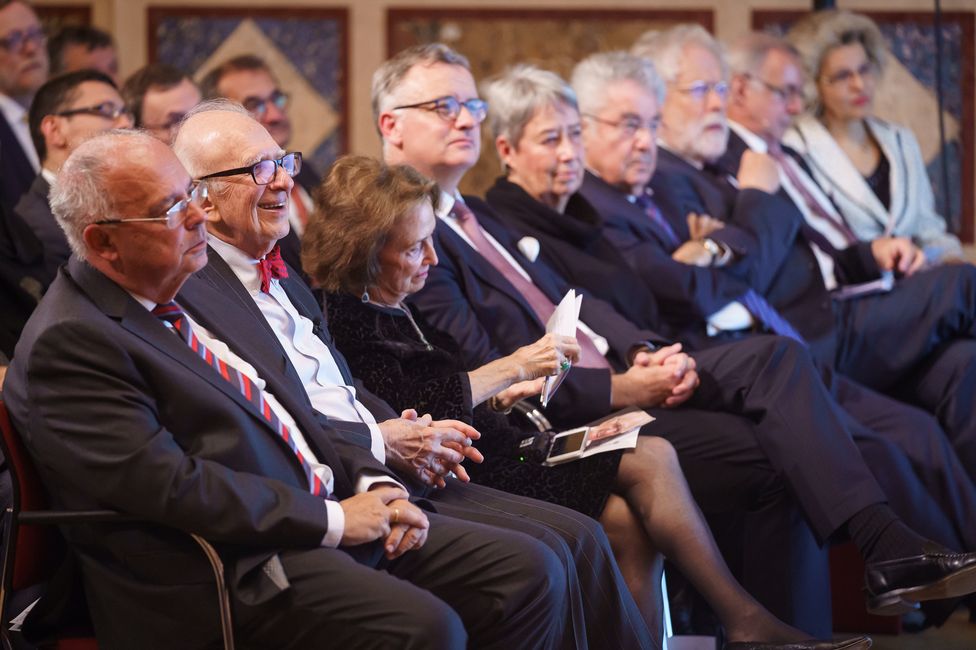 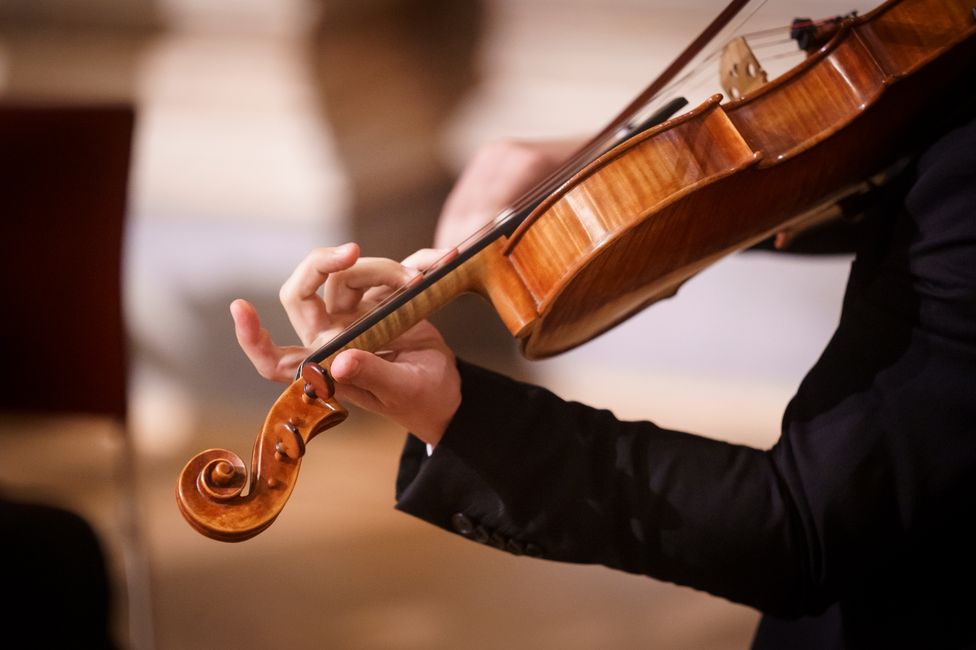 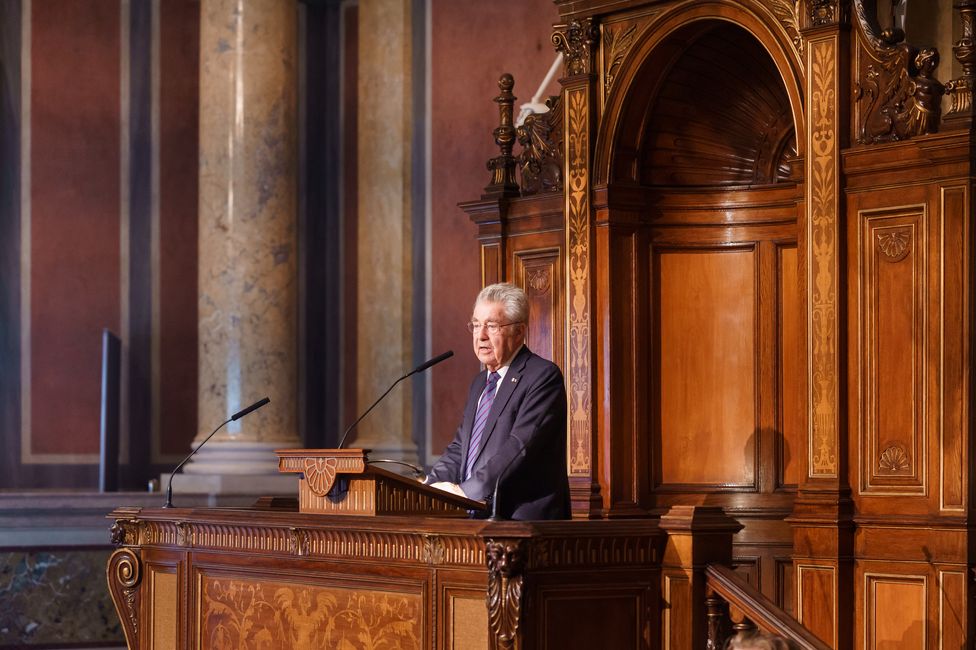 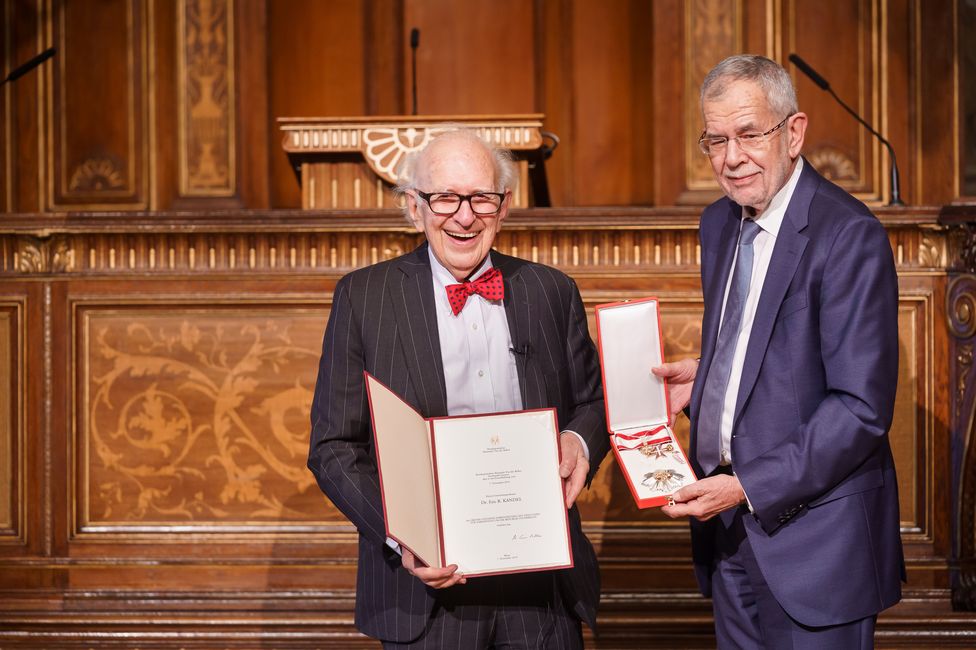 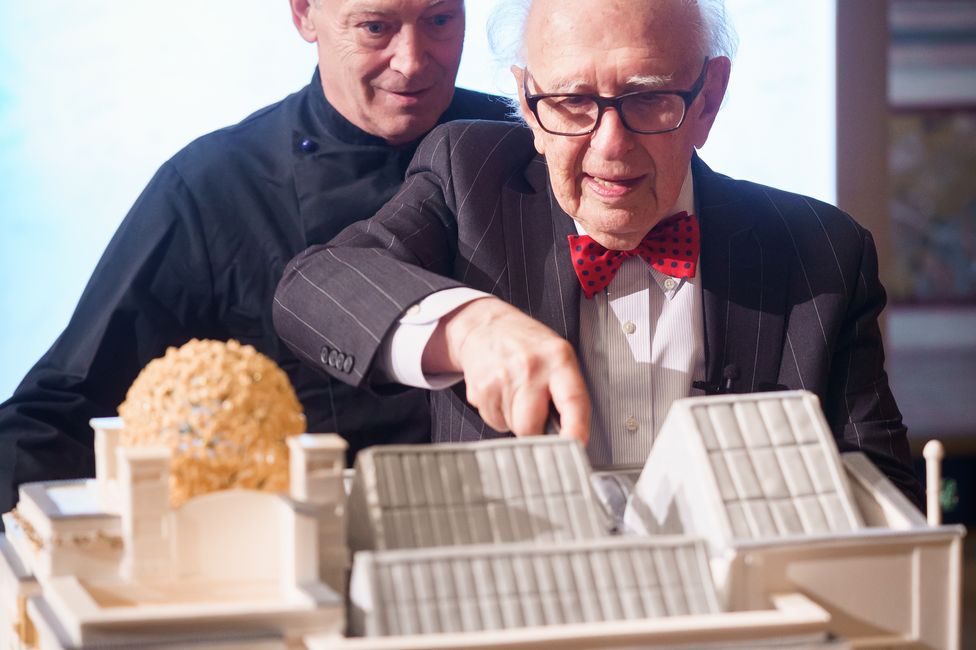 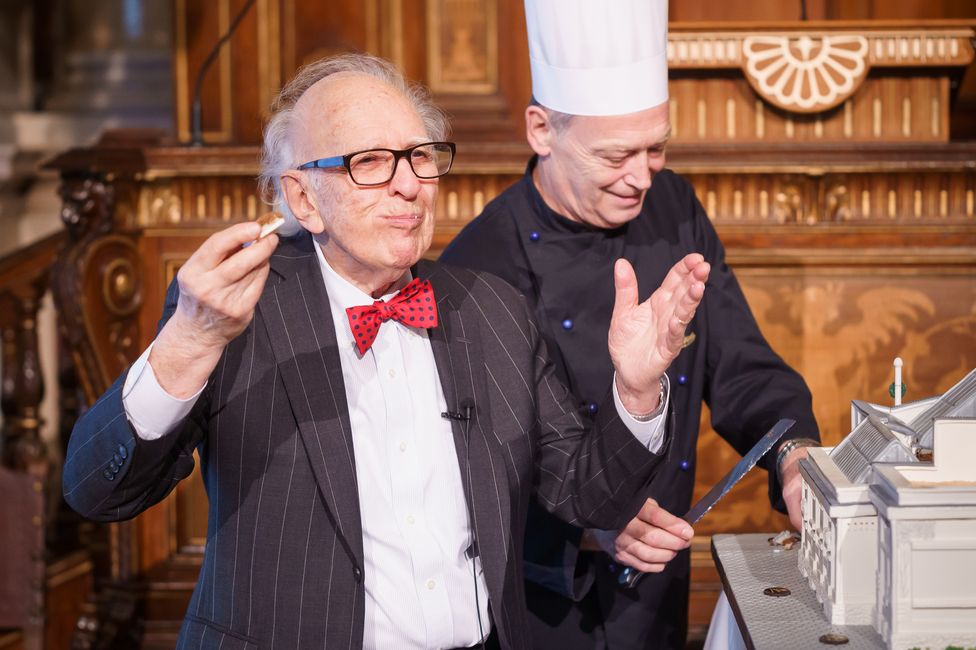 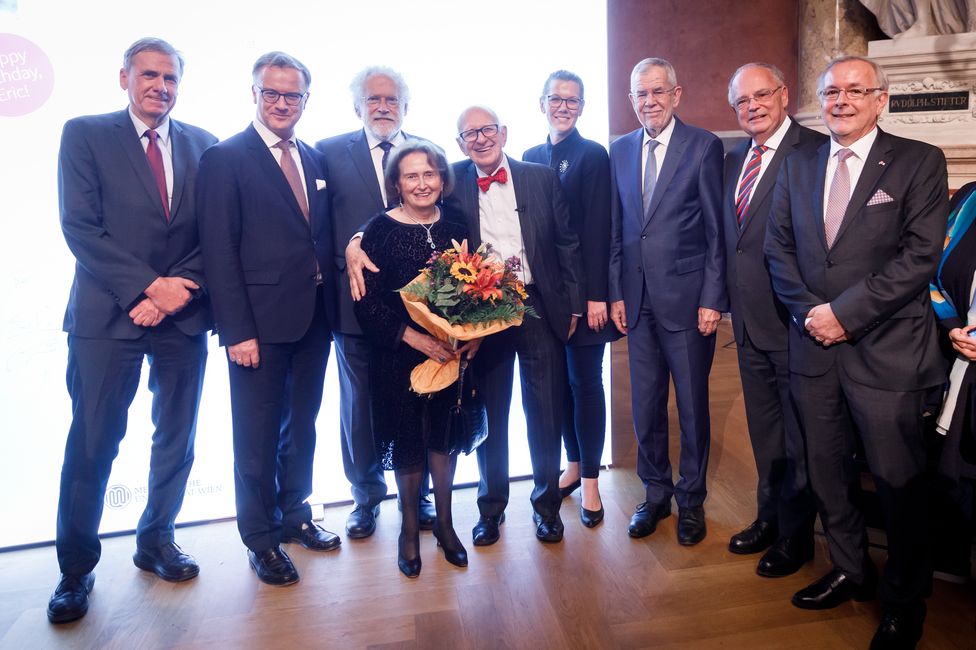 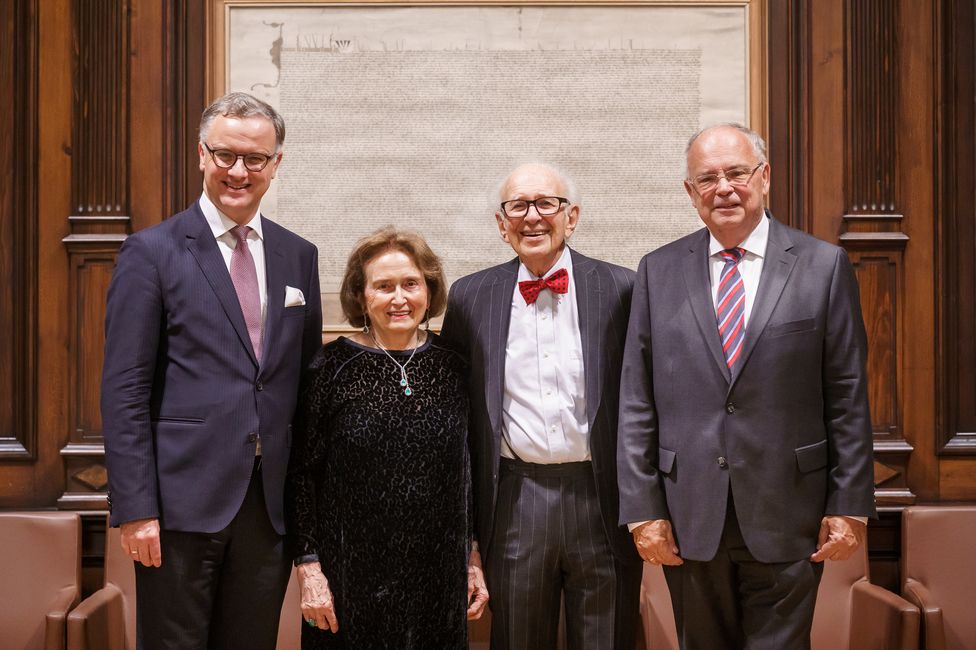 Article by University of Vienna