The Medical University of Vienna cooperates with other universities and academic institutions. A few selected instances of cooperation will be described below. 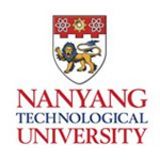 Cooperation with Nanyang Technological University in Singapore in the framework of"Austrian Science Hub Singapore" on the topic of "Smart Aging". And a PhD programme in the field of "Medical Technology". 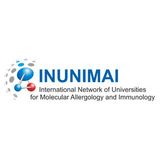 International network of medical Universities and departments of postgraduate medical education in the field of Molecular Allergology and Immunology.

Founded in 2001 EURASIA-PACIFIC UNINET is an educational network of universities, colleges and other educational institutions in Austria, Central Asia, East Asia and the Pacific.

The cooperation focuses on educational institutions in the People's Republic of China, Mongolia and the Russian Federation.

Aims of the network are:

ASEA-UNINET is an European university network founded in 1994 from Austria with the aim of initiating and promoting research cooperation with and in South-East Asian countries.

The network's main activity is the promotion of exchange between Europe and SE Asia, i.e., in the organisation and financial support of exchange of scientists or post-graduates and the associated knowledge transfer for improving collaboration between SE Asian universities and generation of common programmes with other European universities.

The amount of financial support will depend on the budgetary resources provided annually.Project applications are to be addressed to the office for international mobility programmes and are submitted with MedUni Vienna's annual budget application.