With the UNESCO Chair on Bioethics, the Medical University Vienna and UNESCO have jointly established the first of such academic institutions at an Austrian university today. According to the objectives of UNESCO (Organisation of the United Nations for education, science and culture), the chair, under the guidance of Christiane Druml, Director of the medical collections of MedUni Vienna at the Josephinum and chairperson of the bioethics commission at the Federal Chancellery, shall cooperate closely with other universities as well as extra-university Austrian and European establishments in the field of bioethics during the next four years.

Bioethics deals with questions raised with respect to the beginning of life as well as those at the end of life. This covers a broad spectrum. "UNESCO, as a worldwide organisation, exemplary promotes the internationalisation of the bioethics debate and supports it with own programs", explains Druml.

During the past decades, science and research have led to an immense further development in medicine and life sciences and have raised many new societal issues. Bioethics deals in discussing these issues and raising answers. 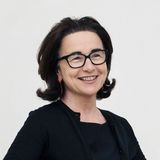 Science and research are not an end in itself; human beings and their well-being are in the focus, by quickly utilising new therapies, ethically superior research can reduce the suffering of patients, is an indicator of modernity and secures jobs and prosperity in times of economic crisis.

The UNITWIN/UNESCO chairs program was created in 1992 in order to anchor the issues of UNESCO at the universities. It promotes the research, education and development of university through the formation of university networks and inter-university, border-transcending cooperation. Today, there are more than 600 UNESCO chairs worldwide, seven of those in Austria.